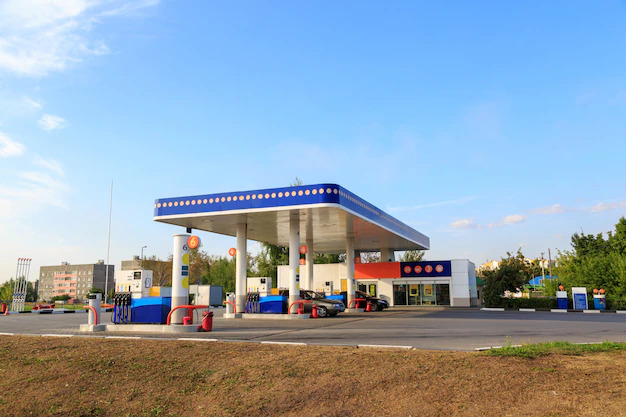 This case study is for our Customer who is a leading Fuel Dispenser Manufacturer. Read how SafetyConnect's field force driving safety Solution helped them with driver monitoring, reducing accidents and decrease man-hour lost.

The Return on Investment (ROI) of Safety

Thanmai Deekshith: How does one go about really showing the ROI to the leadership or the management and the business? So what's the right way to do that

Sharad Kalghatgi: Yeah, that's a very good question. Let me just tell you that safety doesn't have a tangible result. That means it's not like sales and marketing where I push more marketing and I get sales and I push more products with my suppliers or my vendors or my distributors in the market and I get to see more products flowing out in the market and getting the sales. So it's not proportional and it's not directly tangible.

Safety is indirectly tangible, but it does have a return on investment.

And what we all need to understand is that there is a return on investment and let me give you a very simple example to make and substantiate this point.

If a company is worth, say about 10,000 Crores, okay. Just above a billion dollars in India, typically such companies and I'm taking the entire spectrum of whether you take a software service or a service company, banking software, to all the way till heavy industries, which is mining and oil and gas and things and everything in between them. Some of these industries are highly automated, some of these industries are not that automated. But if you take an example of say that there is a 10,000 Crores organization, market capital, or revenues, let me take the word revenue that would be the right metric. So if you are a 10,000 Crores of revenue organization, typically the number of people in that organization will range anywhere from about 2000 people to about 15,000 people. Now we'll take something in the middle and we will say about 7000 to 8000 people. Let's take the number as 7000. Okay, now, if we look at across all the industries, okay, every industry has a sales and marketing or a business development team with them. These people have to go on the field and then there is equally another set of professionals that come along with them after their work is done, which is the services team that means someone has to go and service a client someone has to go and do something off-site or someone has to go and repair something. I'm just considering all the workforces in that. How much of that typical workforce is that workforce is, depending again, on the industry type varies anywhere from 30% to 80%. Let's take a middle number, 50%. Okay, and all of us who are listening to this podcast, you can take that book, pen and paper, and you can see that your industry will lie in the number of people I'm talking about on an average land. So if it's a 10,000 Crore revenue company, 5000 to 15,000 people and out of that very easily somewhere around 2000 people to about roughly about 12,000 people will be on the road all the time.

In Corona times or in pandemic times or in special situations we might say, no, not all the time. But as soon as something unlocks, people are there, they have to do that's their bread and butter. Someone who is from logistics, supply chain, they cannot sit they have to service the market. They have to go and make those shelves, fill those shelves. There are people who are going to be on road. Now, if you look through the human resources data, if you look typically, what you would see is that 10% of these people would at some point of time have taken a holiday. Why would they do that? Not because of any other reason so there are these standard holidays that people take, but over and above what we find is and through the industry. I'm not just saying based on my experience, if you look at the industry statistics, what we see is 10% of these people take a holiday. Why? Because either they have met an accident or they have been part of an accident. Okay. Now let's take the 10,000 Crores one. Why? I was saying that if you take 10,000 Crores worth of company revenues and if it has typically about 8000 people who are on the road or 7000 people who are on the road and take the 8000 numbers, as I said earlier, 8000 people, if you take who will be either doing will be on rotation and marketing, services, anything, logistics, everything you incomposit and keep it blocked in it out of this 8000, if we say 20%, that's 1600 people so 1600 incidents. And when I say 1600, it means that 1600 days, they are off work. They're not doing work and if you look again from the industry type, every person has a certain amount of value associated with them, which has a direct impact on the business. I'm not saying I'm giving a tag or a value to life. Not at all. Don't mix that with this. There is no value to human life. But I'm saying that as a business, from an economic standpoint, every employee is worth the value that when they put in that work on that given day, the company gets a return on some revenues or investments and things like that. So things move forward. That number typically varies from Rs20,000 per employee per day to roughly about two lakhs or one and a half lakhs. So that's the way to look at it. And plus, these people are from varying bands and job rates and bandwidth. So if you're looking let's take an example of roughly about Rs40,000 or Rs50,000 per person.

Sharad Kalghatgi: Per day? Yes, per person per day, per employee. Even a contract partner.

Thanmai Deekshith: Got it. And this is across multiple industries.

Sharad Kalghatgi: Multiple industries. So what's the value we are reaching 1600 times of 50,000 is roughly about 8 Crores. Now, if a company invests something like what you're trying to do in SafetyConnect, yeah, you're not asking for the moon if you're asking for a service. And if you're asking for a contract and providing and say, if we are able to bring this down by 50%. 50%, enhancement and productivity. Now, what do eight Crores mean in a business of 10,000 crores?  People might say, hey, it's just 0.8% but if you take a quarter on a quarter, companies don't rise by 100% or 200% fair big brands. They say that our margins improved from 24% to 24.5% or 24.3% or they say it came down, it's good operating margin. We came down in our operating margins from 24 to 23.8%. Now, this point is a big number in that, and that is where the company has a tangible effect and the employees bring that kind of value. And just imagine there are the other ancillary costs also, which means that when the companies have this kind of incidents, fairly established enterprises. Thanmai and all the audience is hearing, there is a certain amount of indirect cost. That means some insurance cost goes with it, which is paid by the group company or the company through its group insurance link schemes. There are certain aspects, like reimbursement things that happen, and the person doesn't just come back the same day. There is a rehab that happens usually, even if it's a small incident, because it takes a lot of indirect costs that you add up and bunches it up.

If you are able to bring down the accidents and incidents, not only does your insurance premium go down substantially for the following year, your productivity goes up, it has a direct impact on your bottom line, and then at the same time, just by investing somewhere, you can continue to maintain that trajectory of either improving, bringing your incidents down, or maintaining a best in class, zero harm or any kind of a behavior within your company and it definitely helps the employee morale. So when you look at it, what we all as a community need to understand is that there is a productivity improvement that happens with all of this, and there is a return on investment.

Now, for example, the product that you're trying to sell, for example, I'm just giving a hypothetical. There are many other companies like I saw the other day on Shark Tank India and Shark Tank USA. I've been following it for many years. There has been a return on investment that they ask. Now, the kind of product that you're talking about and the kind of money that you ask from enterprises, it will be, say, about 40, 50 or 1 Crore. The return on investment is less than one quarter three months for a company of the size of 10,000 Crore. So that's the way to look at it. And I'm not just saying that $10,000 company needs a 50 Lac suite from someone if it's 1000 Crore it needs a ten lakh suite. But it's the mindset. But the return on investment will almost remain the same. It's the mindset because the lesser the people, the lesser it will be the cost. The more the people, the lesser will be the cost in terms of economy, of scales. But the overall size of the numbers will be larger. So that's the way to look at it and return on investment. And all of this is months, not even years, and it brings the employee productivity and morale to a different level. The care part of it comes in. So that's what I wanted to say.

Unlock 5 Steps to Improve Forklift Pedestrian Safety
10 Tips for Two-Wheeler Field Force to Stay Safe on the Road
The Dangers of Drowsy Driving and Tips to Prevent it
10 Tips for Safe Driving in Fog
Three Common Forklift Accidents and How to Prevent them
Meet The New Player In Sustainable Development – Road Safety
4 Tips for Decision-Making at the Top Management to promote Employee Safety
The Elements of a Road Accident - Person, Vehicle, Environment
Corrective and Preventive Actions (CAPA) in the Pharmaceutical Industry
The Green Hat Project - A Safety Head’s Guide to Innovative Thinking
An Easy Guide to Forklift Safety- Importance and Tips
Your Ticket to Safety- The Importance of Wearing Seatbelts
Get Your Safety On - A Six-Point Cheat Sheet to Master Safe Driving
Employees are Assets: Make them safer on road with SafetyConnect
10 Point Driving Safety Checklist for Organizations
Industrial Safety During Rainy Season
10 Safety Tips for Driving In Rainy Season
Promoting Safe Driving During the National Forklift Safety Day 2022
Tips for managing summer heat at the workplace
Types of Safety Audits
Valuable inputs from the talk with Pankaj Singh, Pooja Bajaj, and team Sanmadhur
Distracted Driving Awareness Month- April
Why are Safety Audits essential to prevent accidents?
The Return on Investment (ROI) of Safety
5 Tips for Plant Safety to Reduce Accidents
Why does enterprise need to focus on their Field Force Driving Safety?
[Webinar] Road Safety - Driving Towards a Better Tomorrow
Glimpses of 2021
Everything About Road Safety Month
4 Ways How Companies Can Reduce Vehicle Accidents For Employees.
Lesser known facts about reducing your organization’s carbon footprint
Strategy to Reduce Road Accidents for Large Enterprises & Secret Ingredients of Field Force Safety during the Pandemic.
5 Ways to change Driving Behaviour to Eliminate Road Accidents
4 Ways to Minimize Distractions While Driving
5 Ways How Large Enterprises can Get Started with A Road Safety Program
Company:
Company:
Fleet Size:
Fuel Type:
Company:
Outcome:
Company:
Problem Area:
Company:
Solution:
Company: