Your Ticket to Safety- The Importance of Wearing Seatbelts 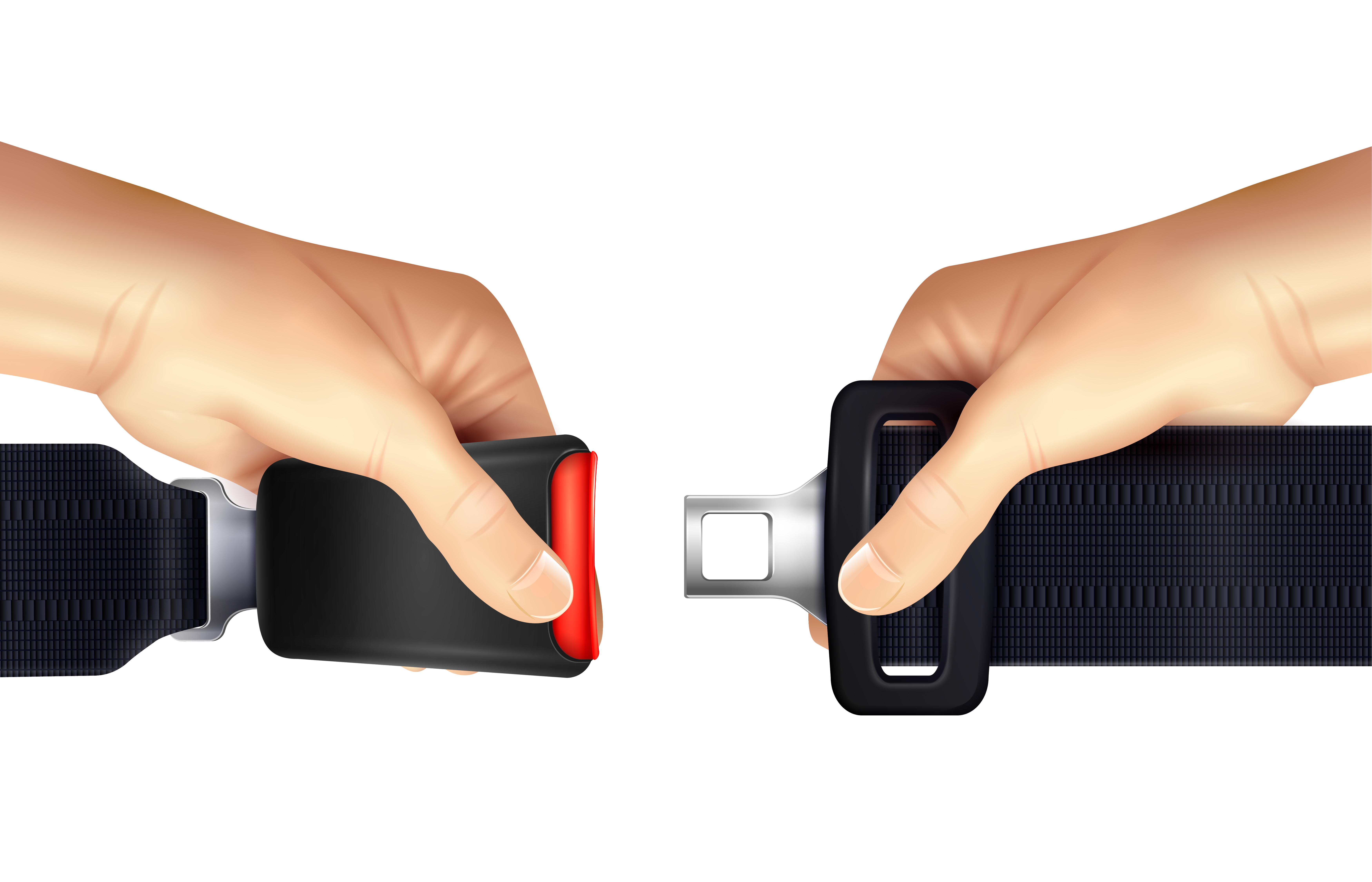 Fastening the seatbelt behind your back? Strapping it on only for the policeman to see and then quickly unbuckling it? There is no point in wearing the seatbelt since it’s just a 10-minute drive? – Do these “valid” reasons ring any bells? Does it sound very familiar because we, as a society, are too used to doing this?

For a section of the population, wearing a seatbelt in a car has somehow transformed into a choice- somehow it is not a necessity but an option you can happily choose to opt-out of. But is it really a choice? In today’s fast-paced and dynamic world, the importance of wearing seatbelts is often overlooked. Seatbelt safety despite its relevance is often pushed to the sidelines. With the rise in accidents and the subsequent mortality rate, now is the high time to reinstate and re-emphasize the importance of wearing seatbelts for passengers and drivers alike.

The design of the ‘three-point’ or ‘Y-shaped’ seatbelts currently in use all across the world was not a fashion statement but a strategically devised safety armour that has the capacity to disperse the energy of the moving body over the chest, pelvis, and shoulders in the event of a collision.  The seatbelt is for everybody – from drivers to passengers and from front-seat travelers to back-seat travelers.

There exists substantial data to support this argument. Reports have revealed that 75% of Road Traffic Accidents could have been averted if the drivers/passengers were wearing seatbelts. Statistics prove that fastening the seatbelts potentially increases the chances of survival and reduces the risk of accidents to only minor injuries for both front and back seat passengers by 44% and 73% respectively. In India, the Ministry of Road Transport and Highways has rolled out data for 2016-2020 for deaths associated with ‘non-wearing of seatbelts’ which presents a staggering number of 5500- 26896.

Road Accidents in general, are a major cause of concern. If fastening our seatbelts becomes our second nature, it will be a step in the right direction to creating safer roads for everyone. With vehicle accidents claiming so many lives, individuals, communities, and companies alike, should undertake necessary measures to contribute towards curbing it. While individuals should proactively adhere to road safety rules, companies can do their part to reduce road accidents by using gamification, training, technology etc. to ensure that proper driving behaviours such as the usage of seatbelts are followed by their employees. Safer roads would automatically translate to thousands of lives saved.

The importance of wearing seatbelts must be acknowledged and professed while myths like seatbelts causing minor scratches or not being required for short commutes among others, must be dispelled. It is high time to forgo any qualms or reservations related to seatbelt safety for the well-being of everybody.

Join SafetyConnect’s #SeatbeltForSafety Campaign and make a pledge to always wear a seatbelt and encourage others to do the same.

SafetyConnect is an AI application that believes in the power of safety. The aim of the company is to foster a safe driving environment for field-force employees and reduce the instances of road accidents. Book a demo today to get on the fast-track route to road safety.

The Elements of a Road Accident - Person, Vehicle, Environment
Corrective and Preventive Actions (CAPA) in the Pharmaceutical Industry
The Green Hat Project - A Safety Head’s Guide to Innovative Thinking
An Easy Guide to Forklift Safety- Importance and Tips
Your Ticket to Safety- The Importance of Wearing Seatbelts
Get Your Safety On - A Six-Point Cheat Sheet to Master Safe Driving
Employees are Assets: Make them safer on road with SafetyConnect
10 Point Driving Safety Checklist for Organizations
Industrial Safety During Rainy Season
10 Safety Tips for Driving In Rainy Season
Promoting Safe Driving During the National Forklift Safety Day 2022
Tips for managing summer heat at the workplace
Types of Safety Audits
Valuable inputs from the talk with Pankaj Singh, Pooja Bajaj, and team Sanmadhur
Distracted Driving Awareness Month- April
Why are Safety Audits essential to prevent accidents?
The Return on Investment (ROI) of Safety
5 Tips for Plant Safety to Reduce Accidents
Why does enterprise need to focus on their Field Force Driving Safety?
[Webinar] Road Safety - Driving Towards a Better Tomorrow
Glimpses of 2021
Everything About Road Safety Month 2022
4 Ways How Companies Can Reduce Vehicle Accidents For Employees.
Lesser known facts about reducing your organization’s carbon footprint
Strategy to Reduce Road Accidents for Large Enterprises & Secret Ingredients of Field Force Safety during the Pandemic.
5 Ways to change Driving Behaviour to Eliminate Road Accidents
4 Ways to Minimize Distractions While Driving
5 Ways How Large Enterprises can Get Started with A Road Safety Program
Company:
Company:
Fleet Size:
Fuel Type:
Company:
Outcome:
Company:
Problem Area:
Company:
Solution:
Company: